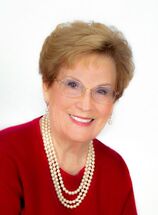 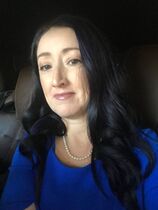 Jamie Kelly, 1st Vice President, Programs
Jamie Kelly joined ARW in 2018 after taking a more active role in local politics. She serves as the 1st Vice President as well as the Armed Services Chair. Jamie was appointed by Arizona Governor Doug Ducey to serve as one of two Public Members on the Arizona Peace Officers Standards and Training Board. She is currently serving her second term. She is a Precinct Committeewoman for the Brewer Precinct in Legislative District 22 and a State Committee woman. She is a Dodie Londen Excellence in Public Service graduate from the class of 2019.
​
Jamie has earned her Associates in Education, Bachelors in Communication Studies with an emphasis in Rhetoric, Media and Philosophy, and a Masters in Public Administration with a focus in Human Resources, Training and Development. She has worked in human resources for government, non-profit and public organizations. In partnership with her husband, they founded an organization dedicated to law enforcement, firefighters, dispatchers and military veterans. She serves as a Board Member for the Arizona Unity Tour Charities, a local non-profit organization dedicated to law enforcement and supporting the Police Unity Tour Team Arizona.
​
​Jamie is an Arizona native who was born and raised in Glendale. She is married to Mike who is a 28 year law enforcement officer. Together they have 3 children, 6 grandchildren and a puppy dog.

Janet Johns, 2nd Vice President, Membership
Janet is proud wife, mother, grandmother, teacher, and Republican. She was an Arizona educator for 26 years. Her area of expertise was working with at-risk young adults giving them a second chance at earning a high school diploma.
​
Janet participated in the Dodie Londen Excellence in Public Service program which ignited a passion in her to educate and engage men and women in their 30’s and 40’s in politics. These adults need to be more aware of what is going on to be able to stand up for their freedom and Bill of Rights as American citizens because these fundamental principles of democracy are in serious jeopardy. In her spare time, she spends time with her grandchildren, serves in her church, hikes in the beautiful Arizona desert, and watches Hallmark movies. 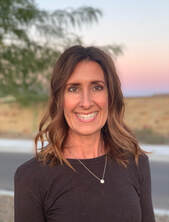 Cheri Beltramo, 3rd Vice President, Ways & Means
Cheri Beltramo immersed herself in the conservative political scene after enjoying nearly two decades raising her son and daughter. Her love for people and patriotism have always found her involved in the community, and recently the presidential campaign. Cheri graduated from the University of Arizona with a business degree and professionally pursued public relations. Her work experience with the Tucson Convention & Visitors Bureau and the NBA Phoenix Suns gave her expertise in event management, media relations, marketing, hospitality, and community relations.
​
Cheri has been married for 26 years and is a woman of deep faith and conviction. She and her husband Brian invest regularly in the community, speaking on a variety of topics including marriage, parenting and the effects of social media. Cheri has poured countless hours into mentoring women through her church and the ministry of the Fellowship of Christian Athletes. 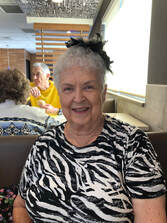 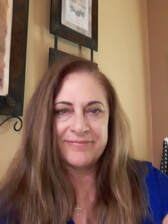 Lorelei Mendivil, Treasurer
Lorelei Mendivil enjoyed a 36 year career working for The Boeing Company, Southern California, in Finance. The main focus was to provide business management oversight on Government Military proposals and contracts. For fun, she enjoys being outside on the water in California and now hiking in beautiful Arizona, but her greatest love is for animals. Over the years, she has supported multiple animal rescue organizations and has adopted many four-legged children to prove it.

Lorelei has served at the West Valley GOP office and joined Arrowhead Republican Women in early 2020.

Irene Oliver, Member at Large
Irene Oliver grew up outside of Chicago. She married and moved to New Mexico for three years where she had her daughter. She became an Arizona resident in 1973. In her early years, she was in education, left the system and opened her own import/export company. Just before retirement, she returned to the corporate world.

Irene is a widow with a wonderful family and two grandchildren. She loves her country and decided to put her energy and interest in keeping our USA great. 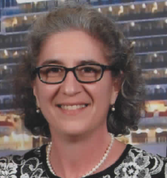